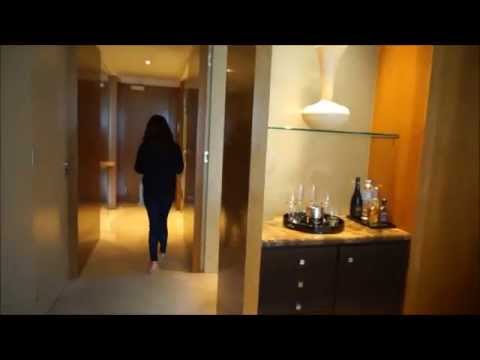 Premier Daniel Andrews has announced a special taskforce of 500 police to enforce a shutdown of pubs, clubs and other venues and restrictions on social gatherings.

It comes as Victoria recorded another 59 cases of COVID-19 on Sunday, bringing the state's total to 355.
The announcement follows the Prime Minister's declaration yesterday that venues across the country would have to close from midday today to curb the spread of coronavirus.
While the National Cabinet agreed on the shutdown together, it was up to the individual states and territories to put the measures into law.
The "stage one" shutdown in Victoria includes pubs, clubs, nightclubs, Crown Casino, gyms, indoor sporting venues, places of worship, cinemas and entertainment venues.
Restaurants and cafes will only be allowed to provide home delivery or takeaway services. Bottleshops can remain open.
Mr Andrews told ABC Radio Melbourne any business not on the list could stay open, as long as it adhered to social-distancing measures such as ensuring there is 4 square metres for each person on the premises.
Indoor gatherings are still limited to fewer than 100 people.
Mr Andrews said many Victorians had been "acting selfishly" by ignoring social-distancing rules, and warned "people will die" if the measures were not followed.
He told ABC Radio Melbourne stricter measures were likely to be enforced after the next National Cabinet meeting on Tuesday.


What must close in Victoria:

The Premier flagged a shutdown of "non-essential" services yesterday afternoon, ahead of a meeting of the National Cabinet last night.
He today denied suggestions his statement on Sunday caused confusion and panic, saying "this is not static. This is moving fast".
Mr Andrews acknowledged it was "frustrating and challenging" that the advice was changing.
"But it's nowhere near as challenging as people doing the wrong thing, and then we have 10,000 people who can only survive if they have a machine to help them breathe and we don't have enough machines and doctors to get that done."


Schools prepare for online learning in case of shutdown

Mr Andrews yesterday announced the school term would end at the end of the school day today, rather than at the end of the week as originally scheduled.
The National Cabinet last night agreed to keep schools open across the country.
"Term two is scheduled to begin on April 14, unless I have medical advice not to proceed with term two," Mr Andrews said this morning.
But he said: "I'm not making that announcement today."
Tuesday will be a pupil-free day for teachers to plan for online learning in the event schools need to remain closed beyond the school holidays.
Childcare centres and kindergartens are deemed essential services under the shutdown measures.
"But this is step one. There will be further announcements to be made," Mr Andrews said.

Police and authorised officers will also be enforcing a mandatory self-isolation period for anyone entering Victoria from overseas.
Under Victoria's state of emergency legislation, those breaking the rules face fines of nearly $20,000 for individuals and nearly $100,000 for businesses.
Mr Andrews warned the closure of pubs was not an invitation to have large gatherings at home.
He said last week, one person at a dinner party had coronavirus and by the end of the evening almost everyone had contracted the virus.


"This spreads rapidly. If you act selfishly people will die," he said.


"Many people are doing the right thing and I'm grateful to them."
Mr Andrews said it was people's "civic duty" to distance themselves from others.
He told ABC Radio Melbourne that the Government was arranging temporary accommodation for people experiencing an escalation in domestic violence because they were forced to stay at home
Emergency Services Minister Lisa Neville said police saw "quite a number of breaches in relation to indoor gatherings" over the weekend.
"We are upping the ante … this is such a significant issue in terms of people's lives, Victoria Police will have a dedicated team tasked with doing those spot checks and making sure people are following the rules in terms of social gatherings," she said.
"Police have the power to fine you, arrest you, detain you and they will use those powers where needed in the interest of community safety."
Mr Andrews said nobody had been fined or charged for disobeying the self-isolation rules.

Under the stage one shutdown, shopping centres can remain open.
Chadstone Shopping Centre in Melbourne's east, which is the largest complex in Australia, said only 10 stores out of more than 550 had closed on Monday morning.
"Our centres continue to trade as normal. The Federal Government has made it clear shopping centres continue to provide an essential service to our community," a spokesman said in a statement.
The shutdown is in place until midnight on April 13, but Mr Andrews said it was "highly likely" it would be extended beyond that.
The Government yesterday announced emergency relief packages would be provided to those in self-isolation.
On Friday, the Victorian Farmers Federation said the state had "plenty of food" and told those who were panic-buying to "settle your farm".
Full article from ABC news

Where to go for a beer this upcoming weekend?

We're a class from Denmark, Scandinavia, who are currently in Melbourne until sunday, where we'll go to Sydney. We'll go out to eat something now, and want to find a bar where we can get a beer or five. Where would five 20 years old guys go for a drink on a thursday? We're staying at a hotel near the Casino/Crown.
We're also having a birthday party on saturday, where we'll probably have to find some club or so if you guys can help me out with that also?